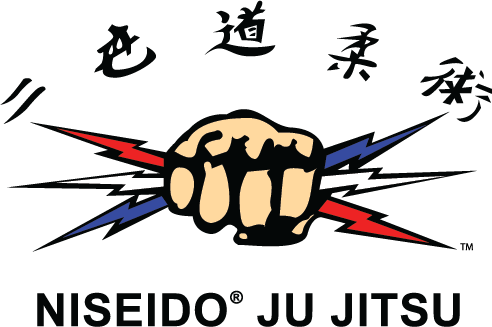 Prof Rick Riccardi started his Ju Jitsu and Judo training in April of 1957 while stationed at the United States Naval Air Station in Jacksonville Florida. In September of 1961 he began his Judo training in Brooklyn, New York at Jerome Mackey’s Judo Inc., first under Sensei Kiyoshi Shiina, and then Sensei Hiroyuki Yamashita, who became his primary Judo Sensei and mentor until he had to return to Japan. Upon the expiration of Yamashita, Sensei’s visa, Prof. Riccardi returned to his Ju Jitsu studies with Prof. Vee.

In the early 60’s Vee Jitsu was not even a name or thought. It was just “Ju Jitsu.” It was being taught by a 52-year-old Filipino Instructor named Florendo Madariaga Visitacion, who was a 3rd Dan, we all called, Sensei or Mr. Vee who was a member of the AJJF, (American Judo and Ju Jitsu Federation) and served as the Regional Director of the North East Division.

In those early days of martial arts, Prof. Vee had produced a few Black Belt students who shortly after receiving their Yudansha (Black Belt) rank departed and set out to do their own thing. It was in 1965 that Prof. Vee named his art, “Vee Jitsu Ryu Ju Jitsu.”

The Advent Of Vee Jitsu Ryu

In 1968 Judo Sensei, Stanley Israel owned two Dojos, in Brooklyn, NY, the Midwood Dojo and the Bay Ridge Dojo. Sensei Riccardi toyed with the possibility of learning Aikido and visited the Midwood Dojo where Sensei Eddie Hagahara (now an 8th Dan) was teaching. The dojo manager passed his name on to Sensei Stan Israel who was at that time looking for a Ju Jitsu Instructor for the Bay Ridge Dojo. The next day Sensei Stan called and invited Sensei Riccardi to be a guest instructor for a class at the Bay Ridge Dojo. A few days that class he called Sensei Riccardi and offered him what would become his first professional martial arts teaching job at Bay Ridge Dojo. Sensei Riccardi reluctantly accepted, and but with that, he became the very first of Prof. Vee’s students to actually teach the Vee Jitsu curriculum exactly the way Prof. Vee taught it to him. Bay Ridge Dojo has the distinction of being not only the very first dojo to teach Vee Jitsu Ryu but also the very first dojo to hang Prof. Vee’s picture in a place of honor for all to pay homage as they entered and left the mat area. Prof. Rick Riccardi has the absolute distinction of being Prof. Vee’s most senior student and personally  knowing him from 1962.

In 1971, For his dedication and commitment Sensei Riccardi became the very first student that Prof, Vee awarded a Master certification in Vee Jitsu Ryu Ju Jitsu. 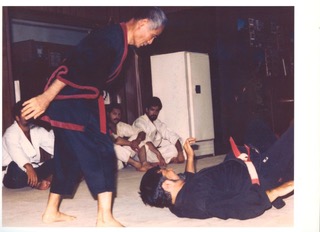 As time went on, Sensei Rick Riccardi began to take exception to the fact that the absence of any type of organization, and business expertise several of Prof. Vee’s former students, who were doing their own martial arts styles were coming back and convincing Prof. Vee to elevate them in rank.

It was then that Sensei Riccardi began struggling with the fact that Prof. Vee was allowing himself to be taken advantage of by former self-serving students whom he (Sensei Riccardi) over the years had never met or ever seen in Prof. Vee’s dojo, or on the mat. When asked why, Prof. Vee’s reason was “I just want to help them out.” Very sadly, due to the absence of any business acumen or understanding of sound general business principles, Sensei Riccardi told to tell Prof. Vee that he was no longer able to properly and professionally function under the situation as it currently existed.

With the stipulation that he stay under his teaching, Prof. Vee suggested that Sensei Riccardi should consider creating his own organization. However, it took a few years for it to actually happened.

Obviously this the right solution to the problem, because if you look at all the various schools listed under the Vee Jitsu banner, you will immediately notice that no two schools are teaching the same curriculum and that there really is no central Vee Jitsu organization, or person that even knows what Vee Jitsu looked like or how it was taught in 1965 or what Prof. Vee called “Vee Jitsu 65.” To my knowledge, there are only three or four of us who actually still do.

In 1976 Master Riccardi was the very first of Prof. Vee’s students to be promoted to 6th Dan, with the title of Professor in Vee Jitsu Ryu by Prof. Vee.

At that time, Niseido® Ju Jitsu was still in its infantile stages, but while perfecting his own system of Ju Jitsu, Prof. Riccardi remained under the absolute teachings of Prof. Vee, who taught the Wednesday evening class at the Bay Ridge Dojo. In December of 1985 Prof. Vee promoted Prof. Riccardi to the rank of 10th Dan with the title of Grand Master in Vee Jitsu Ryu Ju Jitsu.

Through the years Prof. Riccardi remained loyal to Prof. Vee and is proud to say that he received all of his ranks from Ikyu Brown Belt to 10th Dan in Vee Jitsu Ryu Ju Jitsu directly from Prof. Vee, and that he is to this very day, the absolute, longest and most tenured student of Prof. Vee.

In Today’s aggressive society,
“Survival Is An Everyday Reality”

Niseido Ju Jitsu practitioners believe that the Code of Bushido serves as our constant reminder to perfect our character and live our lives harmoniously.

Niseido Ju Jitsu takes great pride in the fact that several of Prof. Rick Riccardi’s students have been with him for more than forty years. Bay Ridge Dojo, which is located in Brooklyn NY, is our most senior dojo. It also has the distinction of being the first dojo to teach Vee Jitsu Ryu outside Prof. Vee’s Dojo, and is also the “birthplace of Niseido Ju Jitsu.” Bay Ridge Dojo, which was founded in 1966 by Sensei Stanley Israel, one of the top New York Judo competitors of that era and is to our knowledge “possibly” one of the few, if not the only dojo in America to have maintained the same telephone number since its first day of operation in April 1966.

In 1970 Prof. Riccardi became the owner of the Bay Ridge Dojo. Five years later it was passed down to a senior student who subsequently passed it on to its current owners, Prof. Mike Junsch, Grandmaster, 10th Dan and Prof. Nic Alonso Grand Master, 9th Dan who have jointly owned and operated Bay Ridge Dojo since 1988.

We are proud to say that Prof. Mike Junsch and Prof. Nic Alonso both started in the Bay Ridge Dojo as White Belts, receiving all their ranking at the Bay Ridge Dojo. Without a doubt, one has to conclude that time and continuity is certainly the benchmark by which we can measure success.

Through the efforts of Prof. Riccardi and his team of dedicated instructors in the Niseido Ju Jitsu Federation, the focus has been on building and maintaining a quality family style martial art.

No Attitudes, and No Bragging about anything, just a bunch of guys and gals who enjoy throwing each other around.

While Prof. Riccardi gets all the kudos for making Niseido Ju Jitsu the art it has become, he is very quick to say that he only took the ball and dribbled it up and down the court, then he passed it on to his students and they are the ones who did all the slam dunking. He is also quick to state that he gets much more credit than he rightfully deserves.

Prof. Riccardi will tell you that he owes a great debt of gratitude to the current Niseido Ju Jitsu leadership and their students who honor him as the leader of the martial art which they dedicated so much of their loyalty, time, effort and energy to help create, and make Niseido Ju Jitsu the clear-cut martial art it is today. 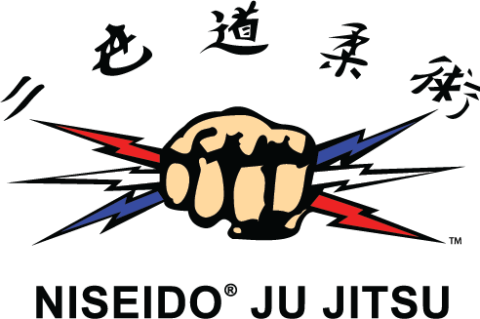 Niseido® is a registered trademark of the Niseido® Ju Jitsu Federation, Inc.